Part One of Nonprofits Changing the World with Yippiekiyay: Palacios Foundation The Palacios Foundation is a multi-generational nonprofit first founded by Cilia Guiomor Mosquera De Palacios. She was best known by those who loved her as “chiquita,” which means little woman in Spanish. Her short stature was often pointed out because little wasn’t a word that could be used to describe her in any other way.

As a citizen of Chocò, Colombia, Cilia saw the needs of the community around her firsthand. So she started with those who needed the most help—the children. She founded an orphanage and a school, focusing on helping Colombians change their lives through education. Her focus was to provide the tools needed to help break the cycle of poverty experienced by so many in the community. She received donations to help make this possible and to provide for the basic needs of these children.

It didn’t stop with children, though. Cilia saw that providing an education and caring for basic needs wasn’t enough to carry these children through to a successful life. So she began a program to teach children and teens important lessons on commitment, teamwork, goal-setting, and overcoming adversity. She did this through basketball.

Cilia, a wife, and mother of nine, dedicated herself to helping the people in the state of Chocò through her involvement with the community. After her passing about eight years ago, her legacy has continued to thrive as Palacios Foundation expands its reach and influence to positively impact disadvantaged children and teens living Colombia.

How is This Nonprofit Changing the World?

The impact can’t be measured solely in numbers, but it’s plain to see how many lives can potentially be affected by the Palacios Foundation’s work. Altering the life path of even one child creates unexpected ripples.

Take Enrique, for example, whom Executive Director Deanna Brauer talks about in the video above. She said the foundation was first introduced to Enrique during a basketball clinic when he was bullying several of the kids attending the clinic.

Instead of putting more distance between themselves and Enrique, what members of the foundation did was to draw Enrique in even closer. They kept reaching out to him and his family until Enrique relented and decided to see what the basketball clinic was all about. Soon, the foundation volunteers saw a transformation in Enrique. This teen went from bully to dedicated volunteer, showing up every day, staying after, and committing himself to share in the work of the foundation.

He became part of the Palacios Foundation family.

We asked Deanna about getting Palacios Foundation launched and receiving a 501(c)3. “I would say the biggest challenge was finding a vehicle with which to make this happen,” Deanna said. She searched through resources online and took to the pavement, asking other nonprofits how they managed to launch a multi-national foundation.

After coming up empty, she kept trying by speaking to attorneys and law firms. And still, she couldn’t find the answers she needed. After spending thousands of dollars on legal fees, she finally found a better solution—Yippiekiyay.

“Working with Yippiekiyay really helped to channel and funnel the process to make it happen,” Deanna said.

Deanna also said she did her research on Yippiekiyay. There are other services out there, but she felt most comfortable with Yippiekiyay’s ability to help her.

“When you start researching a company, you can clearly see if something is legitimate or not after the initial shock of ‘Is this too good to be true?’” she said. And Yippiekiyay passed her legitimacy test with flying colors.

Yippiekiyay’s business practices, adherence to the law, ethical practices, and expertise—knowing what they’re doing—these are all things that stood out to Deanna in her quest to find a vehicle for filing for a 501(c)3 for her nonprofit.

“On top of all of that was the economically efficient streamlined cost.”

As for Deanna’s recommendation in what any nonprofit looking to file the proper paperwork for their 501(c)3, she says: “Do your research but don’t waste your time. Go to Yippiekiyay.”

How You Can Help

Were you inspired by Palacios Foundation and their story? You can make a difference in their mission by connecting with them on Facebook, Twitter, and their website. Even a small donation goes a long way to helping disadvantaged children in Colombia.

Ready to start your nonprofit?
It's a whole lot easier than you'd think. Click here to learn how...

Ready to start
your nonprofit?

Hi, I’m Christian LeFer and I’m out to help you “be the change you want to see” and start your nonprofit. My only question is, are you ready?

Yes, Lets Start My Nonprofit!
See How Our Process Works Through This 'How to Start a Nonprofit' Webinar Replay 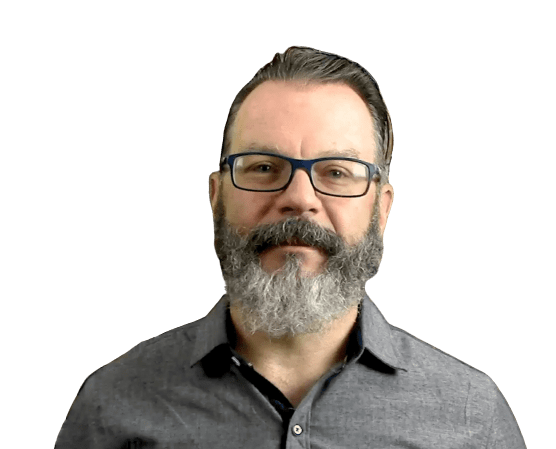 I speak and write on nonprofits and social enterprise based on my track record of forming nearly 3,000 nonprofit 501(c)3 organizations, in addition to 30+ years of fundraising and copywriting for myriad causes.

Learn More About Us

[PODCAST] The Innovative Mindset: How Starting a Non-Profit Can Help You Do the Work You Dream of with Christian LeFer

[PODCAST] Marc My Words with Christian Lefer Founder of InstantNonprofit

Learn How To Start a Successful Nonprofit

Join the 10-Day Nonprofit Bootcamp To Discover How

Ready to start
your nonprofit?

Hi, I’m Christian LeFer and I’m out to help you “be the change you want to see” and start your nonprofit. My only question is, are you ready?

Yes, Lets Start My Nonprofit!
See How Our Process Works Through This 'How to Start a Nonprofit' Webinar Replay

Want to learn more about how to start a successful Nonprofit?

Get The Nonprofit Startup Kit Instantly

Sign up below to get instant access to nearly a dozen proven FREE cheat sheets, templates, and more to help you launch your mission.